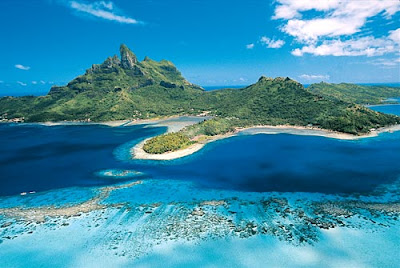 Tags: CE4A, Pupuya, SA095, VE3LYC
By Cezar VE3LYC.
In the following I would like to give you a quick overview of the CE4A operation from Pupuya Is., SA-095. The delay in providing this info was due to the time necessary to recover the fatigue, to undertake a thorough cleaning of the equipment and clothing, to get up to speed on my business activities, return back home, and overcome the loss of my father-in-law last Friday – which obviously affects the entire family, but especially my wife.
A team of three (myself, Christian/CA3TAM, and Juan/CE5PHI) landed on Pupuya with the help of four sailors (Manuel, Beto, Paolo, and Manuel Jr.). All of the above except Manuel, who remained with the boat, had to swim 50 m in the 10C water wearing wet-suits. All the equipment and camping gear arrived on the island in excellent shape. Only one of the gas canisters leaked a little in one of the sealed drums, nothing serious though. The station was in operating condition for 64 hours, but I only operated it for 55 (slept 5 hours total, took 1 hour to explore the island, and couldn’t operate for 3 hours due to technical problems I will touch upon later on). Almost 2,500 QSOs were made with all 7 continents, approximately 28% in SSB, the rest in CW (more statistics will be available soon).
The operating tent wasn’t closed on the bottom. In order to install it, a lot of rocks had to be moved around. Leveling the rocks was virtually impossible, but we managed to install the tent on the grounds of a bird cemetery. The problem was that without a bottom, every walk or move of the foot paddle would raise a fine dust, a mixture of real dust and bird excrements, which was felt deep in the lungs with every breath.
The first day was relatively calm, but after sunset millions (or should I say billions?) of flies would be wildly attracted by the faintest source of light, such as the LCD screen of the radio, not to mention my head-lamp. They made it impossible to operate. Not by picking us, but by simply covering everything with a dense insect layer. I couldn’t see, write or breath. Nothing worked until we replaced the white light with red light inside the test, in combination with white light lamps outside of the tent. Next two days the weather was very windy and the flies mostly disappeared at night. However, I kept using the red-light head-lamp to avoid any potential nuisance.
A fine dust would cover everything during the day. From over 30C under the daytime sun to barely 3C at night, the huge temperature difference led to condensation which turned the fine dust powder into an oily and acidic liquid, which would glue like a paste to everything inside and outside the operating tent. Starting the second night, I noticed a high SWR on 40m, but continued to use it with pretty good results (working as far as Europe, JA, VK/ZL). Once the sun rose, however, the SWR would get to expected values in minutes. The last night on the island though, the oily and acidic paste was so thick and spread out by the wind so homogeneously that the antenna wouldn’t tune on any band for almost 3 hours, until the propagation on 10m opened up (the 10m antenna has only one piece, so its functionality is not be affected by the above).
With the MUF in high values, it should have been clear that during the time that 10m was open, no lower band would open satisfactorily. However, the propagation on 10m was touch and go. As such, periods of great runs will alternate with periods of no propagation at all. At first I kept CQing, later changing from band to band, trying to find any drop of propagation I could. Most of the contacts during daytime were on 10m, while in the evening 20m will take over, and then 30/40m during the night. I operated mostly CW because I constantly received better reports in CW compared with those in SSB. However, I operated in SSB every day, at times looking in for new stations only.
Pupuya is a small but very dense bird paradise, with a colony of cormorants tens of thousands of individuals strong, pelicans, Humboldt penguins, and several other bird species. We were constantly under bird droppings. Numerous sea lions lie on the rocks, rapidly moving toward the water when humans approach from afar.
For extraction, Beto and Paolo wore dry-suits, but they brought a small inflatable this time, which they used to carry one sealed drum at a time, filled with equipment, camping gear and clothing, until everything was in the boat. We were transported at the end, one at a time.
Christian and Juan worked hard on the island to bring everything on the rocks, set up the camp, move batteries and generators around, re-set the camp in strong winds, etc. They took turns operating CE4A for the CE hams on 40 m SSB. Their enthusiasm, humor, and team spirit were unsurpassed.
A big Thank You to Dino/CE3PG for his help with the necessary permits and licenses, and Marisa/CE2MT for her intense work on the logistics.
Website
73s.

Tags: AN-012, Antarctica, Anvers island, Graham Land West, Palmer Station
Francis KD0MUM is now based at Palmer Station, Anvers island AN-012 until April 2012.
Having obtained his license at the South Pole (KC4AAA) station last year, Francis plans to show up from KC4AAC when work permits. Look for him on 20m.
QSL via K1IED.
73s.-

We arrived Banana Island an Monday evening at 23:00 local. Crossing the ocean during the night was safe, but hard.. On Tuesday we prepare our antennas and could start later that day. Last weekend we spent time in the CQWW contest. It’s not possible to use the internet to send an attachment with the 9L0W log. [Upoads later.] 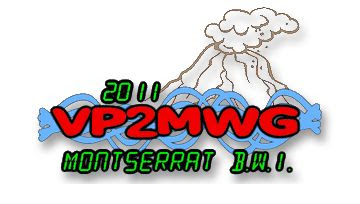 Beginning November 18 to December 6, 2011 look for DF7OGO, K3WT, NØAT, NØSTL and WØOR operating as VP2MGO, VP2MWT, VP2MTA, VP2MTL and VP2MOR respectively. During the CQWW CW DX and ARRL 160 meter contests, the group will be signing VP2MWG. Before and after the contests, activity will be on CW, SSB and RTTY on 160-6m.
Website.
73s.
Publicado por EA4TL Luis en 10:23 No hay comentarios: 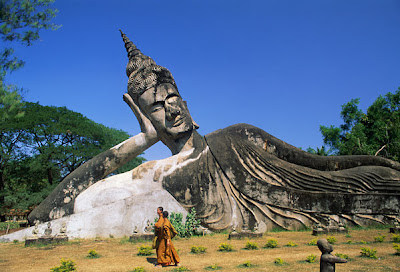 Alex RK3DT is again active as XW3DT from Laos. He was last QRV in January this year.
Currently XW3DT is licensed for three bands; 40, 30 and 20m.
When sending a QSL card, make sure it’s to the following address before December 3, 2011.
P.O. BOX 11, Lamma Island, Hong Kong.
73s
Publicado por EA4TL Luis en 2:21 No hay comentarios: 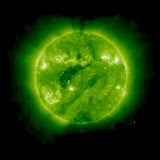